ESS commemorated the 10-year anniversary last week of the decision by European Research Ministers to locate the world’s most powerful neutron source in Lund, with Sweden and Denmark as host countries.

It was at a meeting in Brussels on 28 May 2009 that European Research Ministers agreed that the materials research facility European Spallation Source (ESS) would be built in Lund, Sweden, with the Data Management & Software Centre in Copenhagen, Denmark.

It was a historic decision: for the first time, an international big science facility would be built and operated on Swedish soil. Since then, Sweden and Denmark as host countries have led the complex research infrastructure project, where 13 European member states have joined forces to together build and operate the world's most powerful neutron source in Lund.

Last week in Stockholm, representatives from the Ministry of Education and Research, the Ministry of Enterprise and Innovation, the Swedish Research Council, the Swedish Innovation Agency, Vinnova, universities and industry gathered at the World Trade Center to celebrate the 10th anniversary of Sweden hosting ESS. Lars Leijonborg, Sweden’s Research Minister in 2009, was also present. Among the speakers was Allan Larsson, former Finance Minister and Sweden's Chief Negotiator for ESS, who told the audience how his team, through hard work and many small steps in the negotiation process with Sweden and Europe, gained support for Lund being the right place for ESS.

“When ESS is complete, Lund can become what the American Professor Jerome Hastings called a scientific capital,” said Allan Larsson, former Finance Minister and Chief Negotiator for ESS. “ESS is good for science and good for the Swedish economy: every Swedish Krona invested in ESS during construction results in two Krona from the other member countries.” 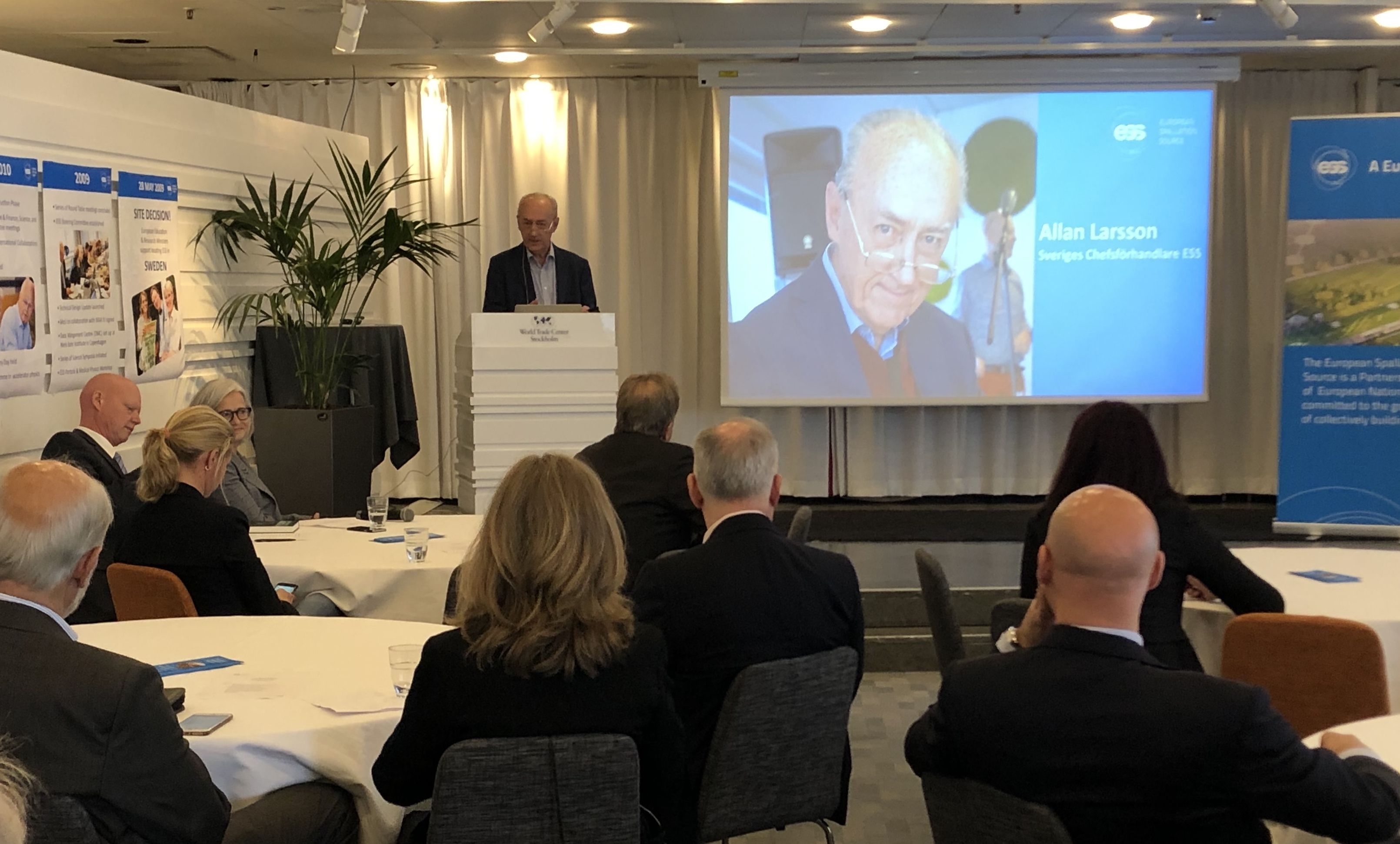 In order to create optimal conditions for Swedish researchers and industry to use the research facility, the Swedish parliament last year adopted a specific ESS strategy.

“The fact that an international world-leading research infrastructure such as ESS is located in Sweden is of great importance for Swedish researchers and companies”, said Elin Swedenborg, Desk Officer at the Ministry of Education and Research. “Sweden is actively working to maximise the benefits of ESS in order to consolidate our position as an innovative knowledge nation; among other things, the government recently decided to establish a national ESS office.”

Professor Lars Börjesson, Chair of the ESS Council, has long played a key role in the realisation of ESS in Lund. Along with other Scandinavian researchers, he already in 2000 started to work for getting the researchers and the politicians in Europe to appoint Sweden and Denmark as host countries.

“As host country, Sweden has contributed to ESS now being 58% complete, according to plan,” said Lars Börjesson, Chair of the European Spallation Source ERIC Council. “In cooperation with hundreds of researchers and engineers around the member states, ESS works purposefully to build a world-class facility for the benefit of future research.”

In conjunction with the site decision in 2009, extensive work started on defining ESS’s advanced technical design, securing support and funding from the member states - both in the form of financial contributions and technical equipment developed and produced at research institutes in these countries, designing and determining the instrument suite, and commencing the construction of the 23 buildings that are part of the research facility. 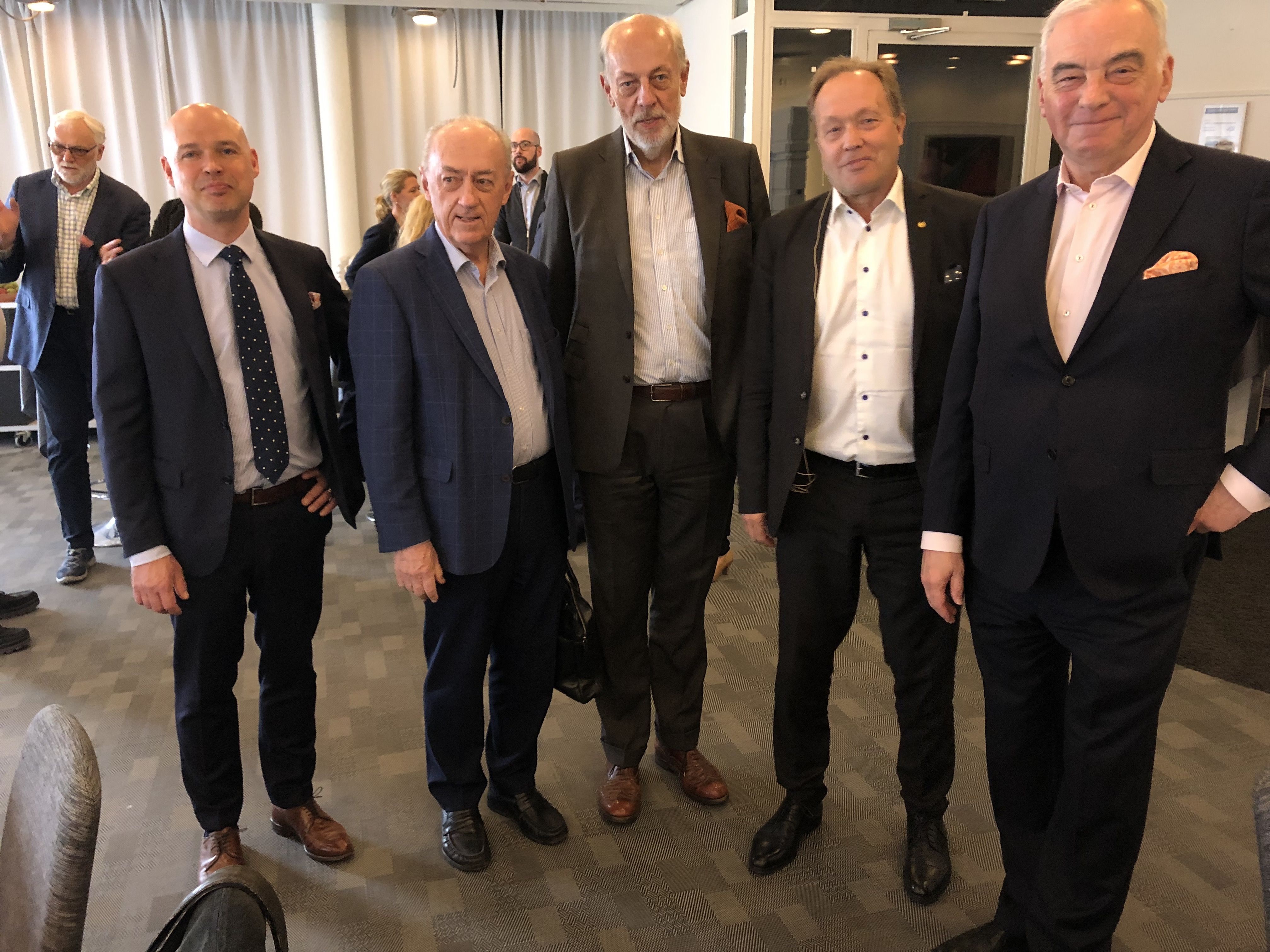 ESS is one of the largest ongoing construction projects in Sweden, where construction workers and ESS installers work side by side in order for the facility to be ready to open for research in 2023. Building large international research facilities is complicated and time-consuming; for example, the free electron laser facility European XFEL was inaugurated in Hamburg in 2017 after eight years of construction, while ESS is expected to open after nine years of construction.

2019 is a very intensive year for ESS, with a substantial increase in installation works in various parts of the research facility. During the year, deliveries and installations of technical equipment continue from the European member states, including France, Italy and Spain. 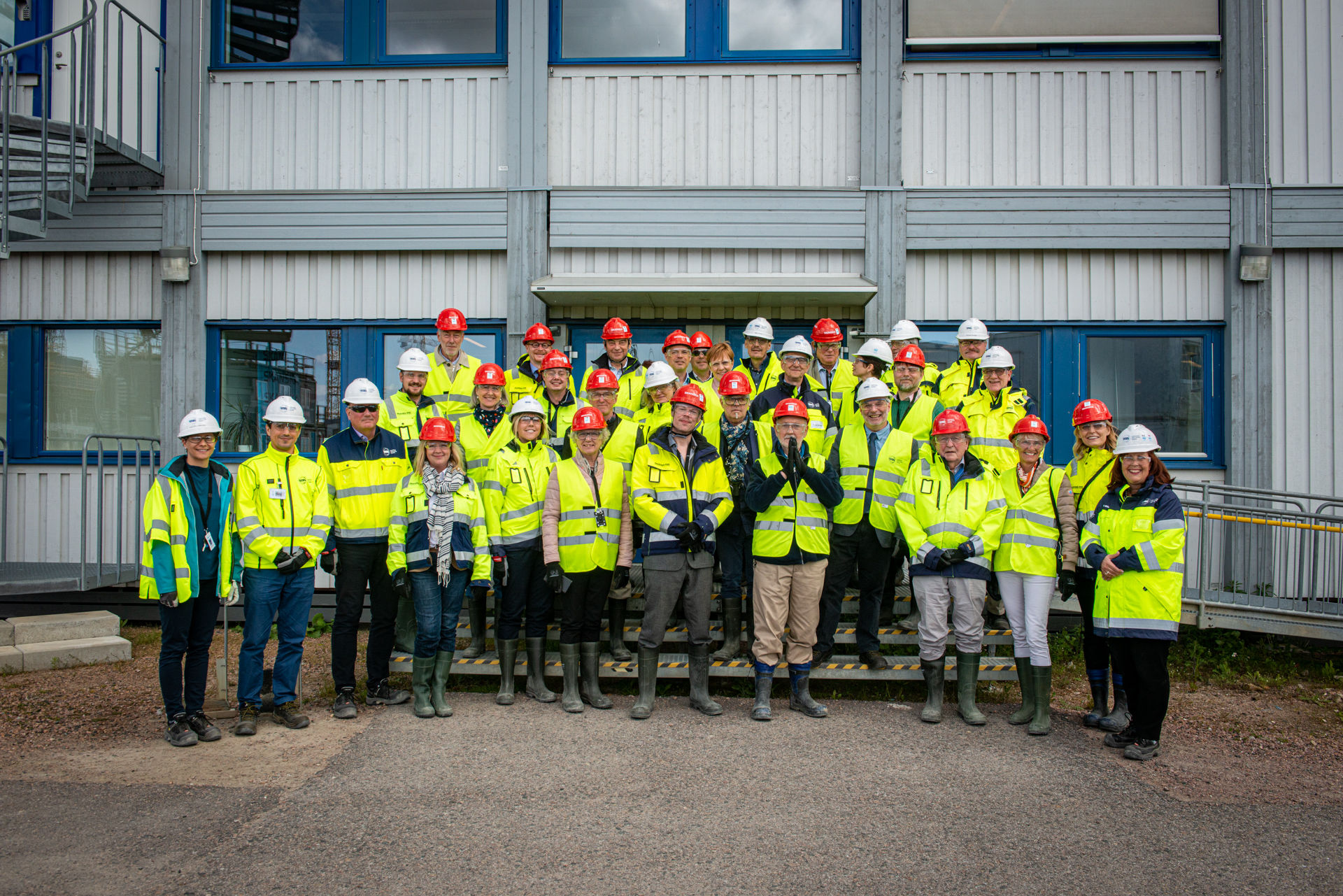 As part of the celebration of the 10-year anniversary of the site decision, ESS also last week welcomed some of the early pioneers and contributors to making ESS in Lund a reality, among them Colin Carlile, former CEO European Spallation Source ESS AB, and Karl Fredrik Berggren, former Chair of ESS Scandinavia, who could see the progress on site at a guided tour.

The event in Stockholm was live streamed to staff in Lund and via the ESS website, and can be viewed here.

Tribute to an ESS Pioneer
view