Seven of Canada’s leading researchers using neutrons visited ESS for a three-day forum on the science and politics of neutron beams.

LUND and COPENHAGEN—A high-level delegation of Canadian neutron scientists, joined by Canada’s ambassador to Sweden, travelled to Lund and Copenhagen for three days of meetings and exchanges concerning opportunities for cooperation between the European Spallation Source (ESS) and Canada. Held November 21-23, the first two days were hosted in Lund and the third day in Copenhagen.

There was a large and distinguished turnout to meet and greet the Canadian guests. Over the three-day period the scientists met with representatives of the Swedish and Danish ministries for science and research as well as the Swedish Research Council; neutron scientists from ESS partner institutes in Sweden and Denmark; a broad group of ESS staff scientists and management; the chair of the ESS Scientific Advisory Committee; and both the ESS Council chair and vice-chair.

A Search for New Beams

Professor Harroun is a working group leader within the Canadian Neutron Initiative (CNI), which proposes a program of stewardship for Canadian access to world-class neutron science facilities like ESS.

“We put together a delegation of scientists that represent a wide range of priority science research areas for Canada, including energy, health, advanced manufacturing, and quantum materials,” says Harroun. “We also shared with ESS our initiative to establish a new national program for materials research using neutron beams ahead of the imminent closure of the NRU [National Research Universal] reactor in Chalk River, Ontario.”

The meetings at ESS have brought some clarity to this initiative, according to Root: “Before coming to Lund, we knew only about our urgent need to establish a new framework for stewardship of Canada’s program for materials research with neutron beams. In Lund, we met a community who opened several doors for us to refine our own vision for this stewardship. We can imagine participating in this visionary international endeavour, both now, in building it, and in the future, through access to the world-class facility. Participation in ESS could present Canadians with unique opportunities for impact at the leading edge of science and technology in coming decades, and would reap many benefits for society in health, clean energy, security and our environment.”

Bringing Together Neutron Scattering’s Origin and Its Future

Engagement with the Canadian neutron science community began when an ESS delegation attended the 2016 annual meeting of CINS, the pan-Canadian, bottom-up organisation of neutron scientists now led by Harroun. The European Spallation Source, in turn, hosted a high-level roundtable discussion on Canadian and Swedish collaboration across science, industry and research infrastructures in February of this year. The discussion was held as part of a state visit by the Governor General of Canada, included the King of Sweden and the science and research ministers of both Sweden and Canada, and highlighted the broad impact that research infrastructures have on the two nations. 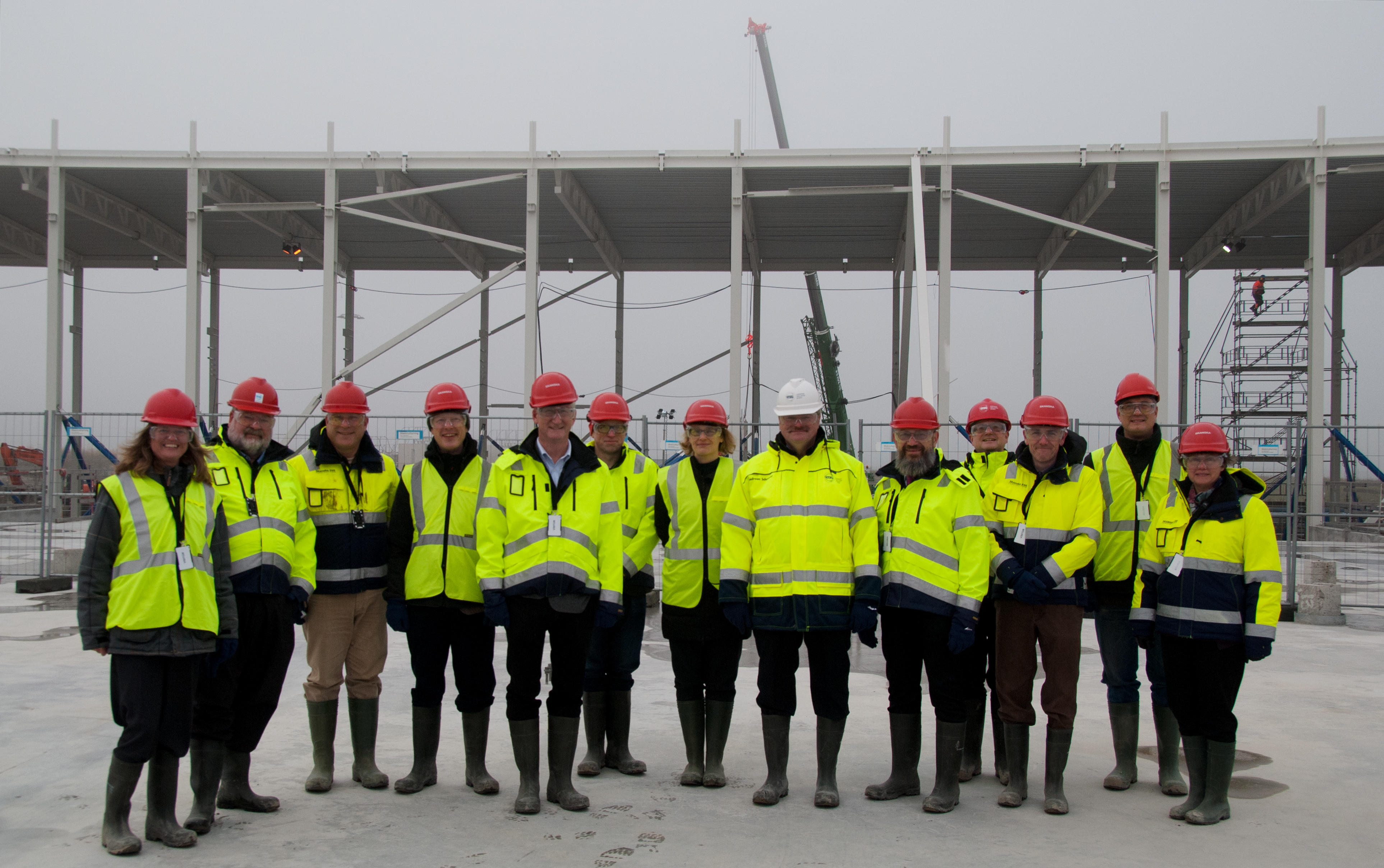 “Collaboration with Canada has been on the agenda at ESS for more than a year now, and this week’s meetings give us the framework to move ahead,” says ESS Director General John Womersley. “The clear and dynamic synergy between Canada’s research priorities and know-how, and the capabilities of ESS instruments, means collaboration makes total sense.”

The science and technology of neutron scattering was pioneered by the Canadian Nobel laureate Bertram Brockhouse in the 1950s and ’60s at the same Chalk River facility where the NRU reactor is scheduled to shut down in May 2018. The National Research Universal reactor is the oldest operating research reactor in the world, and the prominent role that the facility and its researchers have played in advancing some key areas of materials science was on full display during Tuesday’s science exchange.

The discovery of new materials and a deeper understanding of existing ones is essential to the advancement of science-based solutions to many of society’s grand challenges. This was the theme of the call-and-response scientific forum held on Tuesday afternoon at the ESS construction site. As the Canadian scientists presented the groundbreaking work being done by their colleagues across the science spectrum, ESS scientists responded with presentations on the extraordinary new research possibilities enabled by the ESS instruments currently under construction.

“Going through the various science fields, from life sciences, via new materials for energy storage, all the way to novel quantum and light-weight materials, clearly showed the breakthroughs which will become possible for Canadian scientists at ESS due to the facility's unprecedented neutron intensity,” says ESS Director for Science Andreas Schreyer.

Presentations by the Canadian scientists covered the use of novel copolymers and lipids in fighting Alzheimer’s disease; the development of metal hydrides to address the grand challenge of hydrogen storage, a clean energy applicable to powering everything from personal electronic devices to large submarines; the eternal quest to make industrial manufacturing more reliable and less expensive by identifying how metals and alloys fail over time; and the impasse the incredible research on quantum materials has come to in the absence of a facility as powerful as ESS.

Professor at the University of Québec’s Hydrogen Research Institute, Jacques Huot, underscored the key to achieving these goals in his concluding remarks: “Neutrons are essential!”

One of Canada’s foremost researchers with neutrons is Professor Bruce Gaulin of McMaster University, where he serves as the director of the Brockhouse Institute for Materials Research. Gaulin gave a presentation on Canada’s search for new quantum materials.

“Canadian neutron scientists have long enjoyed the collaboration and hospitality of neutron sources around the world. We are looking forward to continued meaningful work with our friends in Europe,” says Gaulin. “Personally, I find it inspiring to see how far our field has come over my lifetime, and it has been particularly exciting to learn more about the plans and progress at ESS.”

Another step towards beam commissioning
view