In her MAX4ESSFUN research project to explore quantum phase transitions in cobalt chloride, young researcher Sofie Janas is finding ways to strengthen both the science of novel materials and her neutron scattering research network.

COPENHAGEN and OSLO—The scientific user program at the European Spallation Source (ESS) is only five years away, and eager researchers are planning now how they will make best use of the instruments at the world’s most powerful spallation source.

Everything we've been able to see in our experiments would not have been possible to see without neutron scattering. ESS is becoming extremely relevant to me in my continued research.

Sofie Janas, PhD student at the University of Copenhagen’s Niels Bohr Institute, is doing fundamental research that will contribute to the modeling of magnetic interactions in materials. Supported by the EU’s MAX4ESSFUN project, Janas is using neutrons to observe and understand these magnetic patterns and quantum phase phenomena generally. Continuing this research is a critical step toward enabling the use of so-called exotic materials for everything from superconductors, lasers and quantum computers, to increasingly sophisticated batteries and data storage devices.

Together with the European Union and a number of regional actors, ESS is helping to prepare the next generation of neutron researchers to maximise the impact of the facility’s unique capabilities, unprecedented power and world-leading scientific instruments. This is happening locally in Sweden, Denmark and Norway through engagement with the many research universities clustered in Scandinavia.

The European Union programme Interreg Öresund-Kattegat-Skagerrak (ÖKS) is providing 50 percent matching funds for the €19 million programme ESS & MAX IV: Cross Border Science and Society, begun in 2015. The three-year programme is led by Sweden’s Region Skåne and co-lead partner Region Hovedstaden, in Denmark. It includes 27 partner organisations in Sweden, Denmark and Norway, and will continue through August 2018.

The flagship Cross-Border program is the €13.6 million MAX4ESSFUN. In cooperation with ESS and the MAX IV synchrotron in Lund, MAX4ESSFUN aims to build user capacity for the two facilities by directly financing experiment projects, training, and supervision for PhD and postdoc researchers at eight universities in the ÖKS region.

The scope of the project is large, including 176 six-month-long experiment projects performed at operational neutron and light-source facilities and an educational component including courses, workshops and summer schools. Collectively, the project makes possible 1,000 months of training and 500 months of instructor time with senior researchers, including scientists at ESS.

This interview was first published in Danish in the April edition of the ESS & MAX IV: Cross Border Science and Society newsletter. It has been translated and lightly edited.

MAX4ESSFUN and the opportunity to combine two special areas

Sofie says that the appeal of the MAX4ESSFUN programme has been that it is built as a collaboration between universities in Scandinavia, and that the collaboration allows for the combination of two specialised areas: 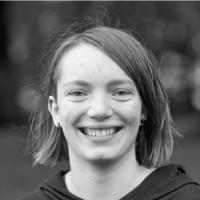 “As a PhD student with two supervisors, each with their own specialised area at their respective university, one suddenly has two skill sets that can be drawn on. Kim is very experimentally based, whereas Olav is more of a theorist and can therefore come with completely different input from Kim.”

According to Sofie, new research perspectives emerge from the fact that, in the MAX4ESSFUN research programme, young researchers are paired with two different supervisors with whom they would otherwise not immediately have started a collaboration.

Mapping of chemical substances will develop materials of the future

As part of her PhD, Sofie is studying the different states of solids and hopes, in the long term, to help develop materials of the future:

“Once we understand the properties of the substances in depth, we can pass on this knowledge to engineers who can design materials with the most optimal properties for their specific use.”

Sofie has been working on her MAX4ESSFUN experiment since November 2017, where she is mapping the properties of cobalt chloride (CoCl2). Sophie's research team is specifically investigating the quantum phase transition of the substance.

In the experiments with cobalt chloride, Sophie's research team has cooled the substance down to a very low temperature, and then exposed it to an external magnetic field. At the same time, they have performed neutron scattering on the cobalt chloride, making it possible to measure a quantum phase transition.

Sofie is mapping and finding answers

Sofie's role in the research project is to map and understand why cobalt chloride behaves as it does when under the influence of the external magnetic field.

It was previously thought that the magnetism of cobalt chloride could be explained by a simple one-dimensional model, called the Ising model. In short, the model is based on the fact that a substance consists of one-dimensional chains of magnetic spins that can only "notice" each other in one orientation (e.g. horizontally), even if they are in the form of a structure. According to the model, a quantum phase transition will occur at a particular value of the magnetic field when the spins are exposed to a magnetic field across the chain direction. However, in the experiment with cobalt chloride it appears that the predictions from the model do not match the actual observed quantum phase transition.

Through a simulation of the Ising model, Sofie is trying to find out where the inaccuracies in the model lie. Sofie's research will result in a more precise model for the magnetic interactions in cobalt chloride, which can further our understanding of quantum phase transitions in general. An in-depth understanding of quantum phase phenomena can be of great importance in the future when new materials are discovered and designed.

Some of the most exciting discoveries in a generation are being made with neutron science.

Looking forward to ESS in 2023

As part of Sofie's research, it has been crucial to have access to a neutron scattering facility.

“Everything we've been able to see in our experiments would not have been possible to see without neutron scattering,” Sofie says, explaining that neutron scattering is very useful for investigating materials that are magnetic, as neutrons themselves are electrically neutral.

Sofie is passionate about her research and is looking forward to being able to carry out research experiments at ESS, once the scientific user program begins in 2023.

"ESS is becoming extremely relevant to me in my continued research. ESS will be better than current neutron scattering facilities around the world, as the instruments are more high-tech and the flux is higher than with other accelerator-based neutron sources."

MAX4ESSFUN has strengthened the Nordic network of young researchers

In September 2017, Sofie was at the MAX4ESSFUN summer school in neutron scattering for PhD students in Estonia, which was held in collaboration with the University of Tartu.

At the summer school, Sofie gained insight into many exciting research fields that she did not think could be researched. Several of the participants at the summer school were surprised when they heard about each other's research projects, Sofie explains, as some are carrying out research in similar subjects without knowing it. In light of this, some of the PhD students agreed to try and set up a collaboration after the summer school.

The summer school helped Sofie to expand her research network and, according to Sofie, this is a great advantage, “especially if you can’t get your research to work, then it's nice to have others that you can ‘spar with’ on an interdisciplinary level.”

In addition, there are only a limited number of neutron facilities in the world, so young researchers active in neutron scattering are likely to either run into each other or maybe even work together in the future.

Nordic and Baltic states have come together to increase competence in neutron scattering among young researchers and raise the number of neutron users in the region.

“In my opinion, when you start your career it's really good to have many contacts that you can collaborate with, and receive guidance and input from.”

In this way, the MAX4ESSFUN programme, according to Sofie, is strengthening the Nordic neutron scattering network, especially for new young researchers.

Sophie Janas is a qualified physicist from the Niels Bohr Institute at the University of Copenhagen where she is currently working on her PhD.
Text and interview: Axelina Kull, Region Skåne
Translation: Marie Powell, ESS

Renewed Memorandum of Understanding between ESS and ISIS (UK)
view