Nordic and Baltic states have come together to increase competence in neutron scattering among young researchers and raise the number of neutron users in the region.

TARTU—The start of the European Spallation Source (ESS) scientific program is less than six years away. The host countries Sweden and Denmark, together with their near neighbors in Scandinavia and the Baltics, have now generated significant momentum in efforts to build regional neutron science capacity. Two of these programs, the Nordic Neutron Science Program (NNSP) and Swedish Neutron Education for Science & Society (SwedNess), aim to educate and connect young academics so that their research may take full advantage of the world-leading Big Science facility on their doorstep.

A collaboration between the two programs resulted in the first Swedish-Nordic-Baltic Summer School on Neutron Scattering, which took place in Tartu, Estonia, over two weeks in September. The program introduced around 45 PhD students to neutron scattering and demonstrated the application of neutron research in areas like life science, energy, quantum materials, as well as engineering and industrial R&D.

“To take full advantage of ESS in the future, Sweden and the Nordic and Baltic countries must collaborate to establish a new generation of scientists with knowledge and experience in neutron scattering,” said Martin Månsson, the Director of Studies for SwedNess, who is an assistant professor at Sweden’s KTH Royal Institute of Technology. “This school is an important step in this direction, and there is more to come. We will within SwedNess, and in close collaboration with NNSP, continue to build up a comprehensive educational program with specialized neutron courses and hands-on training. Such programs will be available not only to our SwedNess students but also the entire Swedish, Nordic and Baltic research communities, including future ESS users from industry.”

European Spallation Source Science Director Andreas Schreyer closed the two-week program with the keynote lecture, Future Science at the European Spallation Source: “It was encouraging for the work that I do to see the enthusiasm of students. The NNSP and SwedNess are valuable platforms. They give us the opportunity to interact with future users and potential employees of ESS, and stimulate their scientific curiosity.“

Filling the Gap Through Education and Collaboration

The Nordic research board, NordForsk, with additional contributions from the Swedish, Danish and Norwegian governments, launched the €6.4 million NNSP in 2015. In May 2017, NNSP inaugurated its NNSP Networks and NNSP Schools programs. The European Spallation Source and its partners collaborate with NNSP through the EU-funded BrightnESS project.

“Within NNSP, we believe that for ESS to be the success it has the potential to be, it is important to focus not only on today’s generation of neutron users, but also to consider what will happen beyond 2025,” says Martin Sahlberg from Uppsala University, who coordinates the NNSP Capacity Building Networks.

SwedNess, which inaugurated its activities in the spring, is a graduate school in neutron scattering implemented by a consortium of six Swedish universities and is funded by the Swedish Foundation for Strategic Research (SSF). The consortium is hosted by Uppsala University, where SwedNess Director Kristina Edström is a professor, and includes Chalmers University of Technology, the KTH Royal Institute of Technology, and the Universities of Lund, Linköping, and Stockholm. 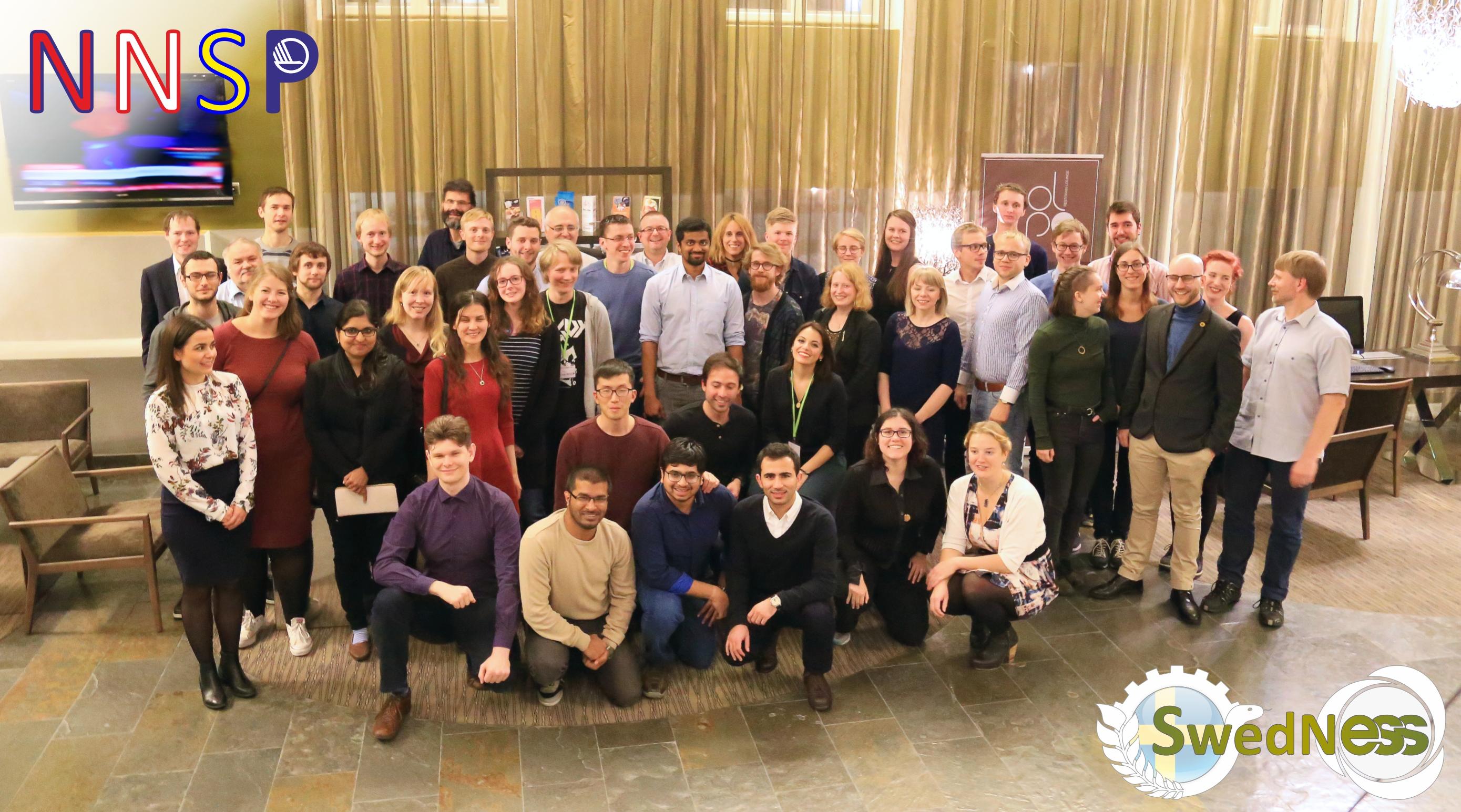 Hanna Wacklin is an instrument scientist at ESS and serves as the ESS representative in the SwedNess Director of Studies group: “The extensive range of courses and activities organized by SwedNess brings students and their supervisors together with ESS and other neutron facilities, fostering new collaborations and contributing to the foundation of a strong neutron scattering community in Sweden.”

The Nordic Neutron Science Program has pulled together an impressive number of collaborators operating on a single platform that stretches out from the five Nordic countries across the Baltic Sea to Latvia, Lithuania and Estonia. Until 2020, 49 departments at 31 different universities in the region will work side by side to train students and early-career academics in the specifics of how to do research with neutrons.

“Combining our efforts into one common school created a viable learning environment that also introduced the important aspect of networking,” says the University of Copenhagen’s Kim Lefmann, a neutron scientist at the Niels Bohr Institute who is responsible for implementing teaching activities for the NNSP Schools program.

September’s neutron school in Tartu ran the gamut from lectures in foundational mathematics to the specifics of neutron scattering techniques and sample preparation. The packed daily schedule allowed the students direct interaction with seasoned researchers from the many participating labs and universities. Among the instructors were ESS instrument scientists Andrew Jackson and Werner Schweika.

“We are using the concept of blended learning,” explains Lefmann. “We mix traditional lectures and paper-pen problems with e-learning. For example, problems with automatic hints, quizzes, and a simulation tool for virtual experiments. We also integrate this with more traditional hands-on training courses at Kjeller [Norwegian neutron source] and specialized courses given by the NNSP Networks.”

The NNSP Networks Program connects new and experienced users, and helps to build a sustainable collaboration platform to support knowledge transfer in the region. Within the first year of existence, Networks has attracted more than 230 unique participants, which are grouped around six different portfolios ranging from biological materials to engineering.

“In a bibliometric analysis, we have seen that different countries have different strengths. By bringing the community together we can create Nordic added value,” says Sahlberg.

Expanding the Field of Potential Users by Building Resilient Networks

The Networks regularly organize topical workshops to stimulate scientific exchange and support the use of neutron scattering in scientific fields where the technique is less known. By doing so, they help to increase mobility between Nordic and Baltic research environments and international neutron facilities.

Read about the science that drives ESS

A good example of the forward-looking approach adopted by NNSP is the Network for Young Nordic Neutron Scatterers (NyNNES), which enables emerging neutron scientists to establish and grow their own research groups.

“I know from personal experience, as well as from many colleagues, that the transition from a postdoc to a faculty position is a very difficult process,” says Sahlberg. “By bringing together this ‘next generation’ of research leaders, it is possible to raise awareness of this issue, discuss common problems, and try to influence funding bodies and universities. If we are to be successful in expanding the Nordic neutron scattering community, we need to help the next generation of scientists and not only focus on the already established researchers.”

Participants of both NNSP and SwedNess will continue to build their expertise in parallel with the construction of the world’s most powerful neutron source. By the time ESS opens its doors to users, many of these students will have embarked on full-throated careers in scientific research that will benefit from the use of instruments at ESS. Empowered by the knowledge and networks built through NNSP and SwedNess, they will be the new foundation for the ecosystem of innovation and discovery fostered by the European Spallation Source.

Biodiversity Day 2022 – Building a Shared Future for all Life
view